If I were to start a company, I would look for potentially disruptive business models that have not been successful yet, and would implement them spotlessly. 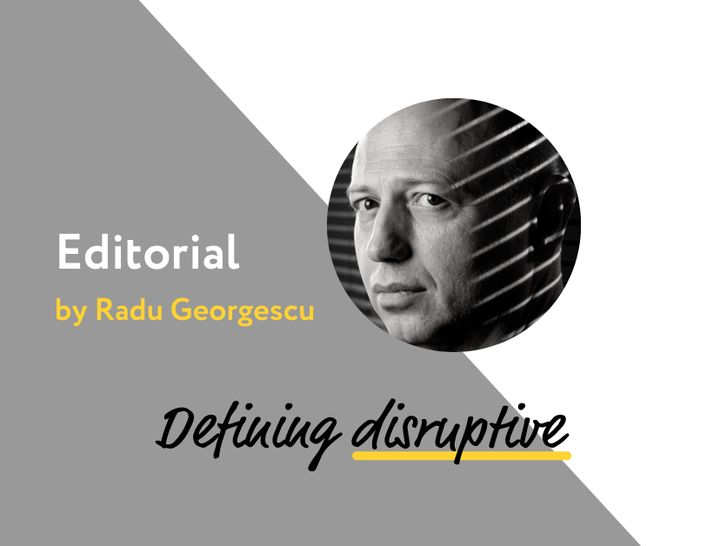 Editorial written by Radu Georgescu, Chairman of the Board at SeedBlink. Radu has over 30 years of experience in founding and developing software, internet and e-commerce companies. Successful exits include the acquisition of RAV Antivirus technology by Microsoft in 2003, the ePayment business by Naspers in 2010, Avangate by Francisco Partners in 2013 and Fitbit's Vectorwatch technology in 2016.

In the last decade consumers got increasingly closer to the technology and technology got closer and closer to consumers. Initially, technology was created to support the businesses, then it became available for the “chosen” consumers; now it is here for everyone. At the end of the day, we all use technology: alarm systems connecting to the internet, light bulbs that we turn on using the phone, Google Home assistant that plays music for us.

We do have significantly more disruptive business models, though. In the business area there is the obvious example offered by the RPA – an innovative robot technology that is truly amazing. Democratizations have become an important player at the confluence between business and consumer, with shared economy examples like Uber on the one hand, and Robinhood and SeedBlink on the other, both allowing everyone to access things that were reserved for the “chosen ones" untill now.

Human life is shaped by assistant technologies, streaming (whether we refer to music or movies), and Tesla. Speaking of which: I find it extremely interesting how technology got into automotive. Tesla is not necessarily successful because it is an electric car, but because its usability belongs to the current generation. Tesla comes with a technological user experience with which the world is accustomed, unlike other brands that implemented an archaic usability on their current car models. The world does not appreciate Tesla solely for the electric motor, but for all the technologies it uses to connect to humans.

In a very interesting way, the business winners of disruptive models are not the pioneers, but the ones that do it best after the pioneers. I would not start a business that does something has never been done before because, statistically speaking, the major risk is to do badly something that was not done before, to miss some key-facts or to approach the market in a wrong manner. If I were to start a company, I would look for potentially disruptive business models that have not been successful yet, and would implement them spotlessly. Today’s winners are not the technology owners but the perfect implementers.

The film General Magic (2018) is about a company that made iPhones in 1985; a brilliant film about the idea that those who make disruption will not be the winners. Youtube was not the first streaming service; before Youtube there was Metacafe. Facebook was not the first social network (remember MySpace). Uber was not the first sharing technology, and so on. Somehow the only one that may seem to be an exception is Apple.

Disruptive innovation in the business model encompasses consumerization, sharing, democratization and access. This is a wave that we also ride at SeedBlink, a wave about opening access to everything. Infrastructure, institution building, education, healthcare, and other development indicators are correlated with prosperity, and this might be the most viable strategy for the regional economic development.