When Geopolitical Risk Rises, Innovation Stalls. What happens to startups in Eastern Europe?

Global development can be hindered by obstacles and challenges, but the trend itself can never be inverted. 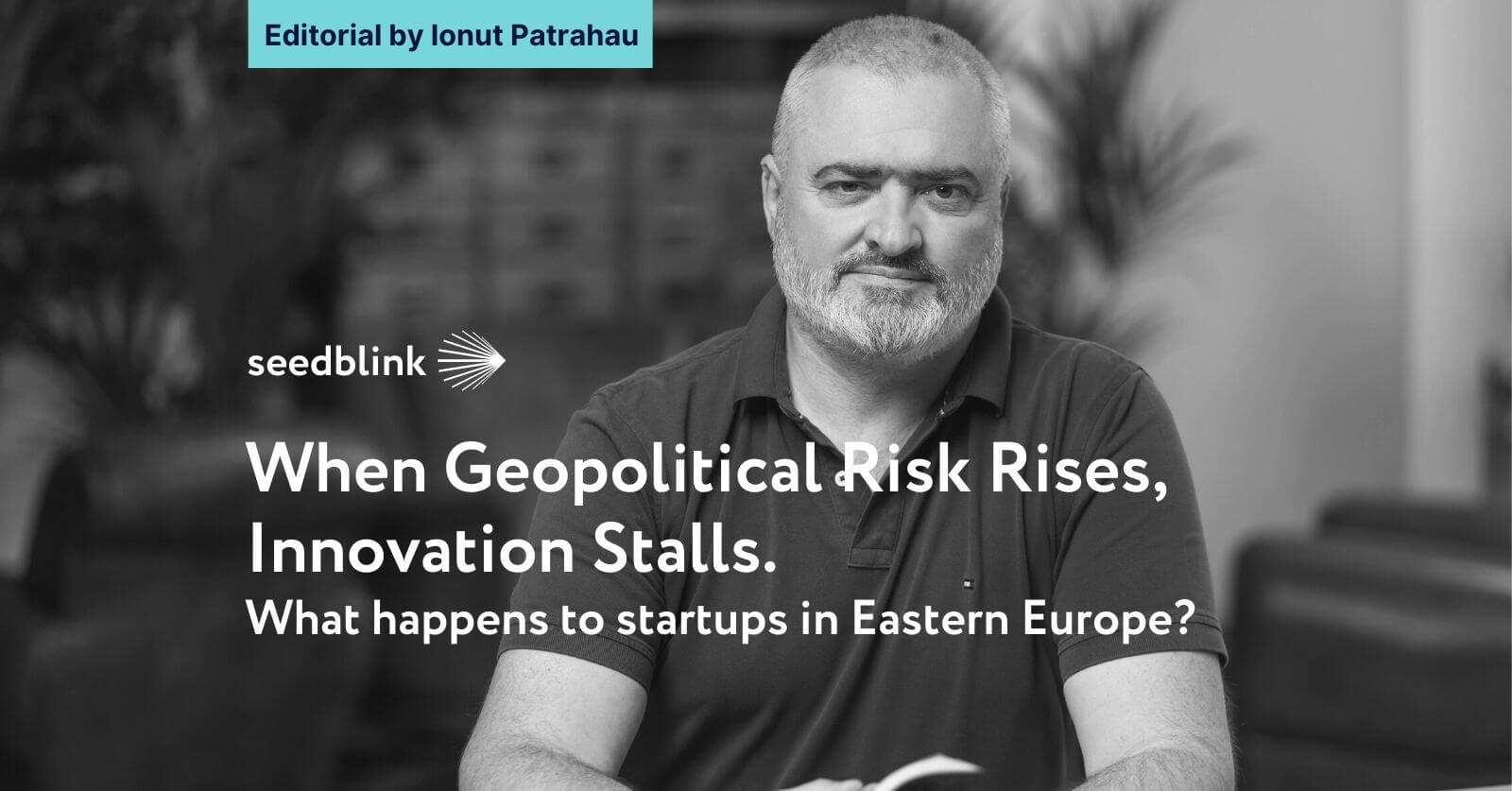 Harvard Business Review has published recently research that connects tightly the innovation to the evolution of geopolitical risk. In all 4,625 US public companies that were included in the research, the number of registered patents, their scientific value, and their financial one vary inversely as the geopolitical world risk index. The relation is clear and this allows for a relevant statistical model to be built.

Ukraine is well known for its environment that fosters prolific innovations, being a country that is the origin of many software applications used worldwide. In the actual context, there are some questions every startup investor strives to find the answers for: How will the region’s startups ecosystem be affected by Russian aggression? Will their innovation stagnate, similarly to the US companies in the research? Are there any similarities between the two categories of business and geographies? The answer is: nobody knows what’s gonna happen, we could only distinguish some trends.

On the one hand, the ecosystem is really young and in a dynamic, that’s specific to the stage of local, organic growth. On the other, the ecosystem was hardened in the combative environment present in the ex-Soviet space, in the last 8 years. The smoldering conflict in Donbas and Lugansk has determined an adaptation of the Ukrainian market in the last years, in which local financing has completely disappeared, the promising startups being left with only two possible routes: bootstrapping until the business traction gets confirmed by the market, or registering/relocating the scale-up business in a European country like Netherlands, Poland, Germany, even UK.

It’s obvious that the lack of Ukrainian financing represented a drag for the local entrepreneurial environment, but even in these adverse conditions, the number of high-quality specialists raised, and the number of startups validated by the market – one way or another – did too. Sadly, a region that should have produced a handful of global successes in the last 10 years, was bound to only contribute to the development of other businesses from Western Europe, that enjoyed the area’s low prices for software development – up to 50% lower than in the EU. The pandemics amplified this by promoting the “remote working” style.

So, it’s been some time since the investors have not encountered any, active, Ukrainian startups. Also, it is known that founders from any nationality prefer to work with local teams for development.

Therefore, in today’s context, we foresee a further slowing down in collaborating with Ukrainian specialists, and probably an increase of their costs due to the additional difficulty they will have in ensuring safe conditions at their workplace. However, we don’t think that this will affect their innovation and the ambitions of the local founders – or any other European for that matter – to take advantage of the promising framework created lately by the EU.

It becomes more clear however that we need Europe to recover the gap to the more developed markets – US and Asia – in this race toward a more regional world, if we aim to become independent, as soon as possible.

The research paper published by HBR shows actually a deceleration of the high technology innovations, and less of the incremental innovation with which the large companies are accustomed. It is well known that large companies have difficulties to adapting to technological changes, except by incubating, independently, various businesses otherwise isolated by the corporate bureaucracy. In other words, the corporations will innovate even less than before, leaving a gap for the independent startups.

On the other hand, the courage that defines the startup founders contrasts the cautiousness shown by the big guys, favoring the valiant and disadvantaging those that cannot afford to be fearless, no more. Then, it seems that the geopolitical risk affects to a greater extent the companies with more foreign customers, as opposed to those operating locally or regionally.

The conclusion is that the startups that are around the first stages of financing are an advantage when compared with large multinationals. Also, it is confirmed one more time the trend of forming clusters of influence, in which Europe is a homogeneous region for the startup ecosystem and their potential customers.

Another effect of the Ukrainian conflict is the dropping of the valuations, in line with the fall of the global stock markets. We can see the values settling down now, instead of being pushed down later on, in a future crisis. Before this, it was the pandemics that squelched the accelerated growth of a market with an excess of liquidity (due to the natural reduction in people’s spending)

We are practically in the intersection area between “there is more money than sense” concept, with the bubble that affects the valuation of the big tech companies; and this type of intersection never had positive effects – on the contrary.

What would have happened if the stock markets weren’t pushed down by the events of the last two years? This is a rhetorical question that goes well with ones that we cannot answer right now: What’s gonna happen with the startup ecosystem? Is still gonna be found on the priority list for Europe? Will Europe come out stronger through this challenge?

Maybe some will call it “wishful thinking”, but we do believe so. Global development can be hindered by obstacles and challenges, but the trend itself can never be inverted.

Here is the paper published by Harvard Business Review, on 3rd of March 2022.